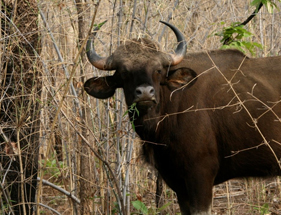 The Tadoba Andhari Tiger Reserve is predominantly a Southern Tropical Dry Deciduous Forest that comprises about 87 percent of the protected area and dense woodlands. There have been around 141 species of trees and plants belonging to 58 botanical families recorded in the reserve, which consist of trees, shrubs, herbs, and grasses. Some of the important details of the flora in Tadoba National Park are highlighted below.